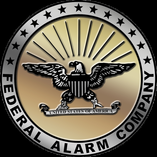 An alarm system usually consists of one or more on/off devices called keypads, the brains of the system called the control panel (this should be in a metal locked enclosure because it is the most vulnerable part of the system), a siren, door and window contacts that detect openings only, a motion detector, and might include one or more smoke detectors.  When you are ready to leave, you check the keypad’s display to ensure all protected openings are closed, you enter your unique code to arm the system and leave through a door that you designated as an entry/exit door (this is your exit delay).  Upon arriving at the premises, you enter using the entry/exit door and you will hear a constant beeping from the keypad (this is your entrance delay & we urge our clients to use as short of an entry delay as possible).  The beeping of the keypad is to remind you to turn off the system before the entrance delay expires.  Enter your code to disarm the system.  If you don’t disarm the system in time, the siren will sound and the central station will be alerted.  The central station will then phone your premises and ask for the password.  If you give your unique proper password the police will not be called.  If you do not,  the police will be notified immediately.  It should be noted that some major companies use an abort delay in order to decrease their central station costs.  This abort delay decreases your security .  We do not use an abort delay.  An abort delay essentially delays the call to the central station by 45 seconds starting after the siren begins to sound.  This gives the intruder an additional 45 seconds to accomplish his/her intentions.

This is the least secure of all types of systems basically because the “brains” of the system and the siren are all built into the keypad which is generally larger than normal. Unfortunately these types of systems are marketed at an increasing rate. There are two wires attached to this keypad/system (one for power and one for the land line phone connection). If a burglar enters and smashes the keypad or pulls it off the wall, all communications are stopped. This system can be easily defeated and gives one a false sense of security. This type of system virtually always uses wireless transmitters on the doors instead of hard wiring the doors. The traditional type of system (the most secure) utilizes a separate metal housing with a lock and key that houses the “brains” that transmits the signal to the central station.

This is the most secure at uses a keypad separate from the metal control panel. It can use either wireless or hard wired components.

This means that the door and window contacts as well as the motion detectors have a wire run from that device to the metal control panel.

Uses both wired and wireless components.

The battery powers the system when the power fails. Our systems use a large 12 volt, sealed lead acid battery. Many of the all-in-one systems use AA size batteries as a backup.

When this device detects carbon monoxide it signals the central station to notify the proper authorities.

Closed circuit television. Video cameras that record on a special DVR that can be viewed at your premises and remotely on a smart phone and a computer (password protected).

The receiving station for your alarm signals. Our central stations are U.L. approved.

A small device attached to the door and/or window that senses its opening and relays that information back to the control panel either by a wire or a wireless transmitter.

This is a four button remote that attaches to your keychain. It is used to arm/disarm the system and can be used as a panic button. This is convenient, BUT, if you lose your keys, besides giving someone access to your locks, you also gave them access to disarm your system.

There are basically three styles: a) fixed word readout (predetermined words & numbers), b) true alpha-numeric readout ( e.g.: “JUSTIN’s ROOM” or “ERIN’s ROOM”, and c) the touch screen type. Studies have shown that the true alpha-numeric keypads are easier to operate. Any keypad that you choose should be illuminated for easy readability.

Detects fast, flaming fires and notifies the proper authorities. These detectors are “armed” 24 hours per day, regardless of the armed status of the security system.

This can be either a standalone system or added to your security system. Activated from either a “necklace” device, a wrist mounted device, belt clip mounted device or buttons on a keypad. All of our security systems come with medical, police panic and fire buttons on the keypads. A list of medications, conditions, doctors, and family members, should be kept on file with the central station.

A device that usually operates by sensing changes in body heat in an area.

Detects a natural gas leak and notifies the proper authorities.

Detects slow, smoldering fires such as draperies, bedding, etc. and notifies the proper authorities. These detectors are “armed” 24 hours per day, regardless of the armed status of the security system.

An audible device meant to scare off intruders, and notify occupants and neighbors of an alarm condition. Can be built in to the keypad (all-in-one system) which is the least secure or can be mounted inside the home or business (unlimited effectiveness), or can be mounted so that the sound can be heard from the exterior of the building which is the most effective.

Notifies you when it detects an abnormal temperature such as a freezing condition that colid burst your water pipes.

Detects water leaks and notifies you.

It could be Verizon (FIOS or copper) or your cable company phone system. If the exterior phone lines are cut or if you use the cable company for your phone service and the service is out or the exterior cable is cut, no alarm signal would be received by the central station.

Transmits over your internet service using your wired router. This may be compromised if the exterior cable is cut or if the cable service is out (no signal would be received by the central station).

This uses a high power cellular transmitter to send the alarm signals via radio waves to the central station even if no telephone line exists.

This is the most common. You can be notified by phone of an alarm occurrence. It could be your cell phone, work phone etc. Keep in mind that you can also provide a list of emergency contacts who would be called in the event you cannot be reached.

In lieu of a phone call, you would receive a text message; however, if you don’t hear the text message alert, you will miss the notification. Because of this possibility, phone notification is best .

In lieu of a phone call, you would receive an email. Unless you check your emails constantly or you can always hear the email alerts on your smart phone, phone notification is better

These offer a false sense of security.

Most systems installed by the most well-known companies will always remain the property of the company. Check their contract – it would say something like this: “system shall remain property of ABC company”. With FEDERAL ALARM you own the equipment

If it seems too good to be true – it generally is.